Bolivia is a FORMER contracting state to the ICSID Convention:

Bolivia is a contracting state to the New York Convention:

Bolivia is a Contracting State to both the 1899 & 1907 Convention for the Pacific Settlement of International Disputes: 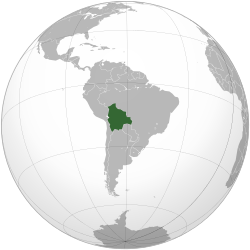